I love Kathy Griffin. She’s hilarious and I’ve been a fan for decades. I’ve been getting my Kathy fix lately, because she’s been making the talk show rounds, promoting her new book, which I can’t wait to read but haven’t bought yet. She was on The Dr. Oz Show yesterday, where she talked about what she eats, because she’s the healthiest she’s ever been. END_OF_DOCUMENT_TOKEN_TO_BE_REPLACED

I’m back home from Colorado and had a great Thanksgiving with my family. And since I take my annual Thanksgiving Pledge seriously, I wanted to share how I did. Overall, I stuck to the four rules pretty well!

The day started with a 5K Turkey Trot. This was my fourth time running it, and my sister’s third, but this year my sister’s husband and kids joined in the fun too!

Thousands of people of all ages participated, and END_OF_DOCUMENT_TOKEN_TO_BE_REPLACED

I have plenty to share about my wonderful Thanksgiving (I hope you had a great turkey day as well!), but, in my last post, I promised to share the fate of some Brussels sprouts, so I’m gonna deliver on that promise, and write about Thanksgiving next time.

I paired these Brussels sprouts with END_OF_DOCUMENT_TOKEN_TO_BE_REPLACED

Writing my last two posts were like getting punched in the nuts and the throat. I really need some good news and some levity. Thankfully, this post has both.

First, the good news: I’LL BE ON THE RADIO TOMORROW! I was asked just a few hours ago, and of course I said yes. I’ll be a guest on the “The Burn: The Bowflex Radio Show,” and I’m going to be discussing END_OF_DOCUMENT_TOKEN_TO_BE_REPLACED

I Don’t Have a Dog Anymore. The Sad, Unfortunate Conclusion to My Time with Rufus.

I took my final picture with Rufus on Saturday. He’s 75 pounds – so not exactly a lap dog – but he let me pick him up so we could hang out like this for a while.

It was our last picture because on Saturday, I made the heartbreaking decision to return Rufus to the rescue that I had adopted him from. Between this and saying goodbye to Slimmons, Saturday was an awfully rough day. One of the worst.

Here’s why I had to say goodbye to Rufus: END_OF_DOCUMENT_TOKEN_TO_BE_REPLACED

Richard Simmons Closed Down Slimmons on Saturday, and OF COURSE I Was There For the Tearful Final Class

It was a very emotional weekend. On Saturday, Slimmons, the Beverly Hills fitness studio founded by Richard Simmons in 1974, held its last class, and then the doors closed forever. I knew it would be a tough morning, but nothing would have kept me from coming.

I’ve shared plenty about Slimmons on this blog over the years. It holds a very special place in my heart. I started taking classes here in 2010, and have been a regular every since, even after Richard END_OF_DOCUMENT_TOKEN_TO_BE_REPLACED

Take the Keep It Up, David THANKSGIVING PLEDGE, and Enjoy a Guilt-Free Turkey Day!

I feel like Thanksgiving is sneaking up on me this year. It’s next week! It doesn’t seem like a year has gone by since then last time I tucked into a plate of turkey, stuffing, potatoes, and the rest, but it has. 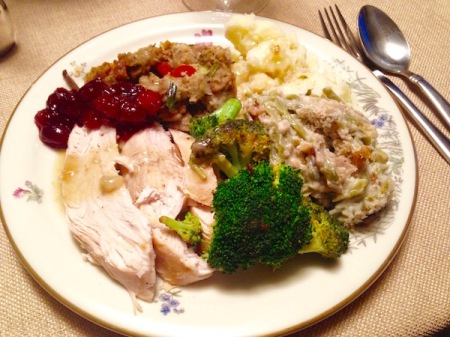 It’s the time of year when a lot of people start giving up on their health and weight loss goals. Why bother during the holidays, when you can start over fresh in January? My answer to that is simple: I work too hard during the rest of the year to let go and senselessly gain weight back, especially when I have a plan to get me through food-based celebrations.

And that’s why I created my Thanksgiving Pledge. It’s a way that I can END_OF_DOCUMENT_TOKEN_TO_BE_REPLACED

LOOK! Me and Richard Simmons, reunited nearly three years after he disappeared from the public eye!

OK, OK, I’m not fooling anyone. CLEARLY, that’s a photograph of Richard. (I have plenty of pictures of me and Richard, though, see them here.)

The photo is on the box of an infomercial product he sold about ten years ago, called Steam Heat. It’s no longer on the market, but I bought a END_OF_DOCUMENT_TOKEN_TO_BE_REPLACED

And So It Begins! I’m Starting a New Six-Week Challenge.

I’m kicking my exercise into higher gear, after a couple low-key months due to injury, and I’m embarking on a new program that will help. It’s the Bowflex 6 Week Challenge, and it’s available on the Bowflex 3DT app that syncs with my Bowflex SelectTech 560 dumbbells.

I got the SelectTech 560s over the summer, and they’re pretty awesome, high-tech adjustable dumbbells that END_OF_DOCUMENT_TOKEN_TO_BE_REPLACED

My Stair Workout Inspired by the Show “This Is Us” 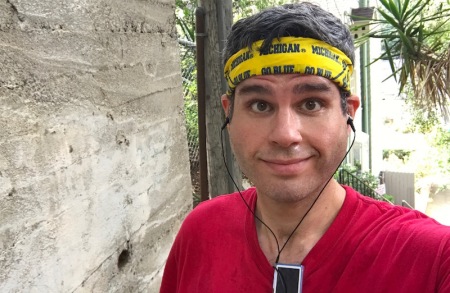 But it’s not any ordinary selfie… it’s taken in the exact spot where a scene from the new NBC hit show “This Is Us” was filmed! And I can prove it, with this screengrab of Chrissy Metz (who plays Kate), standing in the same place: END_OF_DOCUMENT_TOKEN_TO_BE_REPLACED