Watch Me on “The Doctors” ONLINE!

Ohhhh boy, am I annoyed right now! My local Los Angeles CBS affiliate is at the top of my shitlist, and here’s why: They pre-empted my episode of ‘The Doctors” so they could air live coverage of some dumb golf tournament! What nerve. It wasn’t even a major golf tournament – it was the Farmers Insurance Open in San Diego. I waited over a month for my episode of “The Doctors” to air, and it gets yanked at the last minute for GOLF?!? Unacceptable.

I know “The Doctors” aired in most other parts of the country, though, and that’s a good thing, and all day today I got notes and messages from friends and readers that tuned in.

And the other good thing is that my segment is online! The entire hour isn’t online, but my quick little moment in front of the cameras is, and you can watch it right here.

The video is about 4 minutes long, but I’m only in the first part of it. It looks good, if I do say so myself. I look good too!

Backstage at “The Doctors”

It’s Sunday night as I write this, the day before my episode of “The Doctors” airs. (If you haven’t made plans to watch yet, what are you waiting for? Find out when it airs in your area here and watch the promo – featuring me towards the end! – right here.) I’m excited to see the finished episode. It’s been over a month since we taped it and probably close to two months since I was first booked! Wanna see a few behind-the-scenes photos?

Oh! And stay tuned, because at the end of this post, I have YET ANOTHER awesome television announcement!

“The Doctors” is filmed at Paramount Studios in Hollywood, so when I got there, I got to drive through the famous gates on Melrose Avenue:

END_OF_DOCUMENT_TOKEN_TO_BE_REPLACED

Is your DVR remote control handy? Or pen and paper? I just want you to be prepared, because I have exciting news: I’m gonna be on TV again!

I’ll be a guest on “The Doctors” next Monday, January 28th! It’s a show about weight loss, featuring the one-and-only Richard Simmons. As part of his segment, they wanted to feature success stories of people that have worked with Richard to drop pounds. I’m one of 5 success stories, along with my friends Joanne, Marcia, Iris, and Lori, that are there to inspire a woman in the studio audience who wants to lose weight.

We taped the show in late December (and I’ve kept my mouth shut about it per the confidentiality agreement they asked me to sign), and it was a lot of fun. I’m in the very first segment at the start of the show, and also onstage at the very end of the hour as well. “The Doctors” is syndicated, and to find out when it airs in your area, click here. I actually don’t know right now if my appearance will be available online. There’s a good chance it won’t be, so if you don’t have a DVR or a VCR or the ability to drop everything and watch it when it’s actually on, then you have about a week to figure out a solution! TUNE IN!

FUN FACT: This is actually my second appearance on “The Doctors” – I appear, briefly, in a segment taped at Slimmons that aired about a year ago. You can watch it online right here.

Moving on… I got a fun new kitchen toy as a Christmas present, and I’ve been photographing it in action!

END_OF_DOCUMENT_TOKEN_TO_BE_REPLACED

We’re already halfway through January? 2013 is just flying by! At the moment, I feel like I’m finally free and clear of the cold that I’ve been fighting for about 2 weeks now, but I won’t feel that way in the morning. Every morning I wake up stuffed up and snotty, and by the end of the day, I feel much better. Then, I wake up the next day feeling stuffed up and snotty again, and the cycle resumes. I’m tired of it.

I haven’t been letting my cold affect my routine too much. I’ve still been working out 3-4 times a week, which has become my norm, including a workout today, and another one yesterday, too. And I’m still logging all my workouts in my calendar (8 so far in January), and brings me to the focus of today’s post:

My 2012 Year-End Progress Report! Even though I haven’t posted a monthly report since July, I’ve still been tracking everything, and it’s time to summarize my year in exercise. 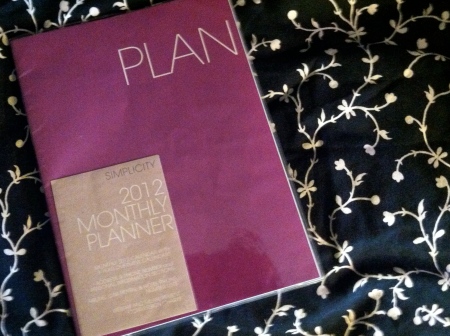 END_OF_DOCUMENT_TOKEN_TO_BE_REPLACED

Howdy folks. I don’t think I’m 100% better yet, but I’m feeling like this cold is definitely on its way out. Time to fill you in on my holiday adventures! As I mentioned in my last post (with much excitement and perhaps an exclamation point or two), I managed to make it through my holiday travels without gaining any weight. I made a concerted effort to make healthy choices and stay active, while still enjoying some of the pleasures of the season.

I’ll start with exercise. No, on second thought, I’ll start with what I was most hoping for: A white Christmas! There wasn’t a speck of snow on the ground when I landed in Michigan on the 23rd, but it started snowing in the late afternoon on Christmas Eve, and by Christmas morning, there was a nice white blanket covering everything in sight.

It snowed more the next couple days, and I loved being back in winter weather, if only for a little while!

Moving on to exercise! END_OF_DOCUMENT_TOKEN_TO_BE_REPLACED

I hope your holidays were fantastic, like mine were. I went to Michigan for Christmas, and then to Chicago for a couple days for New Years. Now I’m back in Los Angeles, where I’m fighting a nasty cold and working my way through a box of tissues like nobody’s business. I have a (hopefully) fun post with lots of (hopefully) fun pictures planned of some highlights from my Christmas vacation, but I’m just too tired to start working on it now. But, I didn’t want to leave you hanging, since it’s been a while since I’ve posted anything – 17 days, as it was pointed out to me via text message from a friend and reader.  So… here’s what happened when I stepped on the scale this morning! It’s my first weigh in of 2013!

I made it through the holidays without gaining weight!