Was Completing My First Stair Race In Over A Year A Terrible Mistake? (Cincinnati Fight For Air Climb Race Recap)

I was woefully under-prepared, and nursing an injured foot. Why did I sign up to race up and down thousands of stairs?

This morning I collapsed on the grass (actually, it was turf), after a job well done, and felt a specific sense of pride that I haven’t felt since February 2020. It’s a mix of accomplishment, exhaustion, pain, and invincibility – and I only experience it when I complete a stair race.

So, the answer to the question at the beginning of this blog post is… Because I love stair races. Period.

I’m Taking A Little Break From Exercise. And, Damnit, Even That Involves a Whole Slew of Emotions.

I’ve had a tough few days, but I’m working through it. Sharing it will help. So here goes!

I’ve been noticing, for a few weeks, some changes. I’ve been pushing myself pretty hard, workout-wise, for a long time, and I’ve been feeling worn out. Perpetually. I’m normally excited about my exercise plans for the day, or later on in the week, but END_OF_DOCUMENT_TOKEN_TO_BE_REPLACED 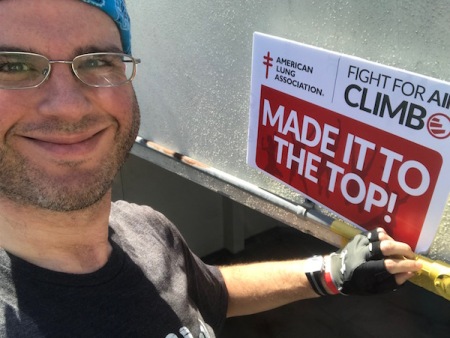 The race was up 63 stories in the stairwell of END_OF_DOCUMENT_TOKEN_TO_BE_REPLACED

Watch the KGW Local News Story About Me!

I’m famous in Portland! Check out the KGW local news piece about me that aired last week to promote the Fight For Air Climb:

It’s great! And I’m really surprised at how long it is. We filmed a lot of stuff, and I thought it would get edited down to maybe 45-60 seconds, but they used nearly everything – and the story is 3:30 long!

What some behind-the-scenes scoop?
END_OF_DOCUMENT_TOKEN_TO_BE_REPLACED

That’s the US Bancorp Tower, in Portland, Oregon, and I climbed the 40-story stairwell inside five times. It was quite the morning, in ways both expected and unexpected. END_OF_DOCUMENT_TOKEN_TO_BE_REPLACED 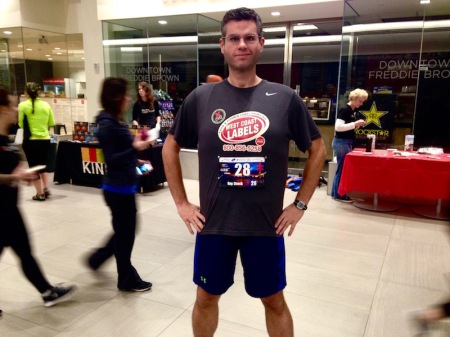 I’ve signed up for FOUR Fight For Air Climbs. All these events are hosted by END_OF_DOCUMENT_TOKEN_TO_BE_REPLACED

I Love a Good Action Shot!

There are professional photographers at many of the stair races I do. And I got my hands on the pictures from my most recent race, in San Francisco! 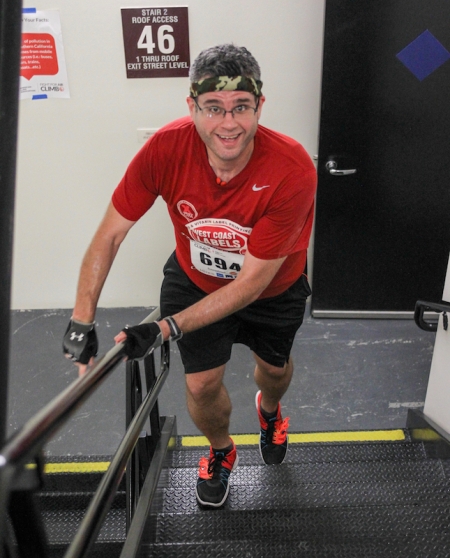 There are often photographers at the starting line or finish line, but my favorite is when they’re END_OF_DOCUMENT_TOKEN_TO_BE_REPLACED

I’m back from San Francisco, where, for the third year in a row, I competed in the American Lung Association’s Fight For Air Climb. While three-peating here might make me a veteran, this year’s race was new, thanks to a change in venue. This race was held, for the first time, in 101 California, a glass skyscraper that reaches 48 stories into the sky.

101 California isn’t a landmark or a record-holder – it’s currently tied as the city’s 8th-tallest building. In fact, it’s best known as the site of a horrific tragedy END_OF_DOCUMENT_TOKEN_TO_BE_REPLACED

My Race on Saturday Was a BIG Success… But It Marks an Absolutely ENORMOUS Milestone! (2017 Los Angeles Fight For Air Race Recap)

The 10th annual Los Angeles Fight For Air Climb was on Saturday, and I was ready to go. I even had my personal mantra written on my arm.

The ‘PR’ stands for personal record, and the ‘ER’ stands for emergency room. And since I had no intention of going to the ER, my only choice was to accomplish the personal record. And how would I do that? By climbing the third-tallest building in Los Angeles faster than I’ve ever climbed it before.
END_OF_DOCUMENT_TOKEN_TO_BE_REPLACED

Keep It Up, David!
Blog at WordPress.com.
Loading Comments...