The title doesn’t refer to some hot, trendy new workout. It refers to an actual volcano – a real-life mountain forged from magma that oozed through the earth’s crust, violently altering the landscape of our planet.

I wasn’t in any danger, though. This particular volcano has been extinct for 300,000 years. But it’s a volcano nonetheless. And I worked out there. ON A VOLCANO! I was geeking out. I still am! END_OF_DOCUMENT_TOKEN_TO_BE_REPLACED

Eating and Playing in Portland: Salads, Drag Queens, and… SASQUATCH!

I spent five days in Portland, and have already shared many great experiences: being interviewed on the Bowflex Breakfast Club and on the local news, and, of course, Sunday’s 200-story stair race. But I did so much more! Get ready for photos… starting with salads.

I ate a lot of salads. I love them, and END_OF_DOCUMENT_TOKEN_TO_BE_REPLACED

Watch the KGW Local News Story About Me!

I’m famous in Portland! Check out the KGW local news piece about me that aired last week to promote the Fight For Air Climb:

It’s great! And I’m really surprised at how long it is. We filmed a lot of stuff, and I thought it would get edited down to maybe 45-60 seconds, but they used nearly everything – and the story is 3:30 long!

What some behind-the-scenes scoop?
END_OF_DOCUMENT_TOKEN_TO_BE_REPLACED

That’s the US Bancorp Tower, in Portland, Oregon, and I climbed the 40-story stairwell inside five times. It was quite the morning, in ways both expected and unexpected. END_OF_DOCUMENT_TOKEN_TO_BE_REPLACED

Did You Miss My Bowflex Breakfast Club Interview? Watch It Here!

Wednesday was a pretty special day. I shared my story with lots of people, in a couple different settings. First up was a bright and early appearance on Bowflex Breakfast Club, a live show on Facebook hosted by fitness expert (and my buddy) Tom Holland.

Thanks to my sister Laura for the screengrab!

We talked for nearly an hour about weight loss and fitness, and while it’s all kind of a blur to me now, I got all sorts of great feedback afterward. Viewers were END_OF_DOCUMENT_TOKEN_TO_BE_REPLACED

I’ve signed up for FOUR Fight For Air Climbs. All these events are hosted by END_OF_DOCUMENT_TOKEN_TO_BE_REPLACED

These Are the Last Photos I’m Gonna Share from Seattle and Portland, I Swear

I must’ve written reams about my three days in Seattle and Portland (case in point: this post and this post), and I’m almost done, I promise. Just one more post, because this was a successful weekend in addition to my stair racing endeavors. Why? Largely because of snacks. 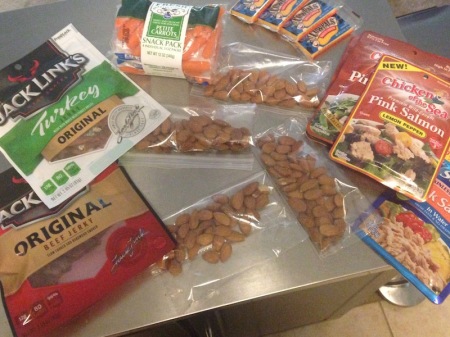