Dealing With Depression By Doing Two of My Favorite Things

I’ve been blue the past week and a half. I often get this way after big races, and the One World Trade Center event in Manhattan certainly qualifies as a big race. I’ve been good about exercising since I’ve been back from New York, but other things have suffered. My eating, for one, hasn’t been great, and I haven’t been productive with other things I have going on.

This post isn’t about depression, though. It’s about getting over a depression. I was tired of feeling unmotivated and lethargic. I was tired of being the guest of honor at my own pity party. So I thought about what I could do that would make me feel better. And I came with two activities, neither of which I had done in a long time, that might just goose me out of this funk. Then I decided to do both in one day.

Here’s a hint about the first one: 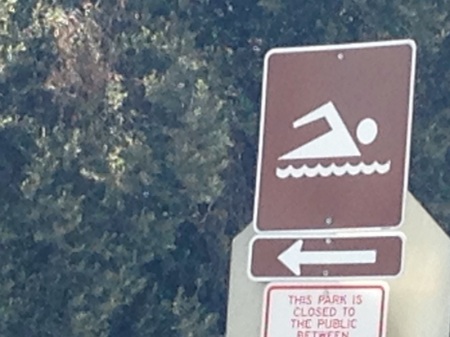 SWIMMING! I haven’t swum laps in 6 months, and it’s a form of exercise that I love.

Getting to a pool, though, turned out to be a frustrating challenge I wasn’t expecting. My first stop was the San Fernando Regional Pool. I like it because it’s rather new, pretty close, and while I’ve only been a couple times, it’s never been crowded. It’s also where I completed the pool portion when I got scuba certified, so I have fond memories.

But a sign on the door said they were closed all week. Damn. That info was not on their website, because I had checked it to confirm hours.

Eight minutes away was another public pool, run by the different agency. A sign on their door said they were also closed this week. Damn. That, too, was not on their website.

I had exhausted my pool options in that part of town, so I did research in the parking lot and made a couple calls. Turns out the public pool in Burbank was open that day, but not until later. That’s something!

Five hours later, I pulled up to the Verdugo Aquatics Facility. What a beautiful pool this was! 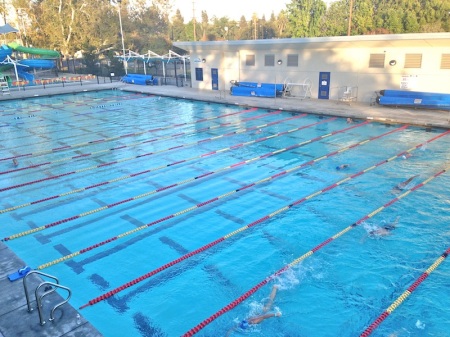 For you geography nerds (like me), it’s directly behind the Hollywood Sign, which is on the other side of these mountains: 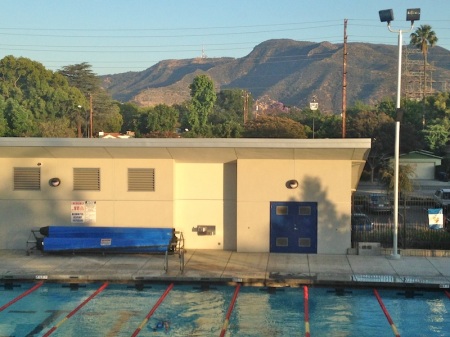 I had a great workout: 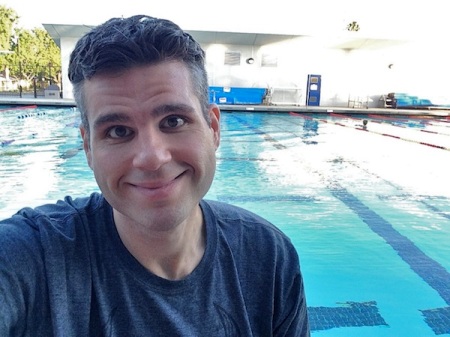 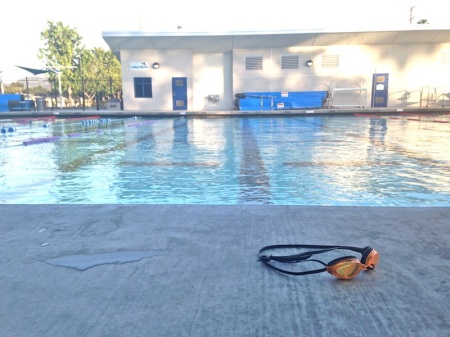 I also got to try something I’ve been meaning to try. When I got my new heart rate monitor a few months ago, I noticed that it said, on the box, that it was “suitable for swimming.” 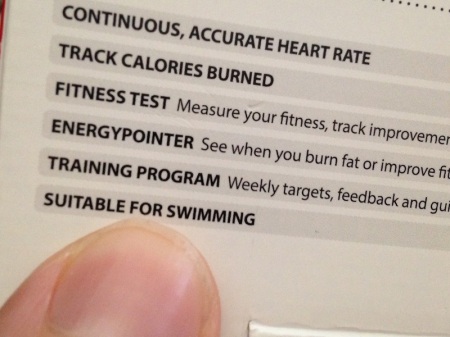 I’ve never worn a monitor while swimming before, and since this one calculates calorie burn and notes average and maximum heart rates during a workout, I was looking forward to getting that info after my swim.

Turns out that while the monitor is indeed waterproof, it is not suitable for another reason: The elastic band that presses the sensor to my chest can’t be tightened enough, and every time I pushed off the wall, the force would push it from my chest to my belly, where it’s useless. I didn’t even finish my warm-up before taking the monitor off.

I did continue to wear the watch, though, because it has a stopwatch feature that came in handy when I did those sprints. So while I burned a lot more than 5 calories, the other number is true: it was a 70-minute workout. 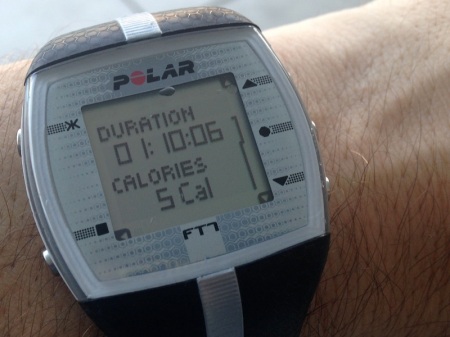 A lot of good thoughts ran through my noggin while I was swimming, and I was glad I stuck to my plan, even though two closed pools tried to thwart me. I thought about the fun I have swimming with my sister when I visit her in Colorado. I thought about the awesome open water swim race I did in the Pacific Ocean a few years back, and how much I loved training in a pool that was used during the Olympics. I even thought about an article I read decades ago about the infamously mean and incredibly wealthy hotelier Leona Helmsley. The article mentioned that she swam laps regularly, and when she did, a servant would have to run back and forth around the pool, so whenever she made it to the wall, she could be offered a shrimp cocktail. That’s one way to swim laps, my friends!

Speaking of food, that brings me to the other depression-busting activity on the docket: retail therapy. And I’m not talking clothes or gadgets or doo-dads… I’m talking produce.

The two closed pools were kinda close to one of my favorite supermarkets, Sunland Produce. I rarely go, because I’m never in that part of town – in fact, I haven’t been since I first blogged about it a year and a half ago.

Basically, it has amazing prices on fruits and vegetables, and I can usually find something new to try, and that’s always fun for me. I wandered every aisle in the huge produce section (it takes up half the store), and here’s what I ended up with: 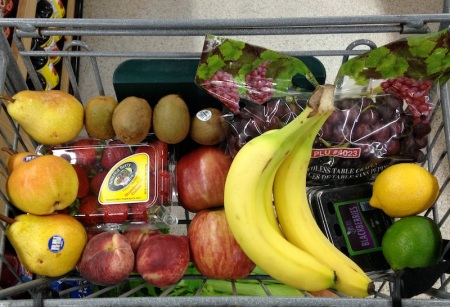 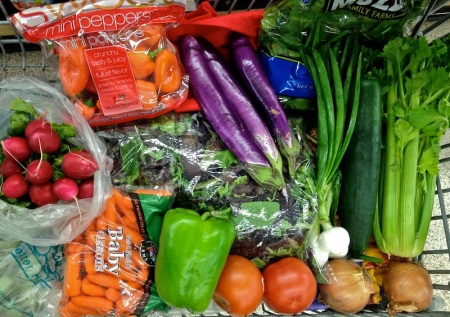 Some highlights from my receipt:

I also bought one more thing that I’m super excited about… but I’m gonna save that for another post.

So did it work? Did completing a favorite workout and visiting a favorite store do the trick? I’d say so. I’m writing this post before going to bed, and I feel better right now than I have in a week. And I’m looking forward to what’s on the horizon: because buying all that food is one thing… but eating it will feel really good too!

This entry was posted on Friday, May 29th, 2015 at 1:16 am and is filed under Uncategorized. You can follow any responses to this entry through the RSS 2.0 feed. You can leave a response, or trackback from your own site.