It’s My Anniversary! Here’s the Realization That’s Been Seven Years in the Making.

It was seven years ago today, at Richard Simmons’ suggestion, that I started logging my food and emailing him the logs. That marked the beginning of my long, extremely rewarding journey that has resulted in a weight loss of 160 pounds – which I’ve kept off. I thought it’d be nice to mark the occasion with a new ‘before and current’ photo comparison!

The photo on the right was END_OF_DOCUMENT_TOKEN_TO_BE_REPLACED

I love a good visual weight loss comparison.  These posts are probably the most fun for me to research and compile, so if this is your first time reading one of these posts, then welcome, and enjoy!

The Backstory:  It all began last fall, when a friend and I piled up 147 pounds of dog food as a visual aid to represent the weight that I’d lost at that point.  Since then, I’ve occasionally scoured the internet and calculated all sorts of outrageous and interesting weight loss comparisons, from quarters and Oreos to bowling balls and KFC to Butterfingers and iPads (they’re all archived in My Favorite Posts).

I’m ready for some new comparisons.  Are you?  Let’s see what else there is on this vast planet that also weighs 167 pounds – the amount of weight that I’ve lost!

LADIES AND GENTLEMEN, I PRESENT TO YOU, MY WEIGHT LOSS IN…

…CORN DOGS.  It’s state fair season, and I don’t even want to know how many different deep-fried menu items are sold each day.  I did calculate, however, how many corn dogs I’ve lost.  A single corn dog weighs 2 and 2/3 ounces, which means I’ve lost 1,002 corn dogs!

…JERKY.  Jonesin’ for some protein, but don’t want a deep-fried hot dog?  Try some jerky, which is low-calorie, low-fat, and high-protein (it’s also high-sodium, so don’t each tons).  This jumbo bag weighs 6.2 ounces, so I’ve lost 430 jumbo bags of beef jerky!

The toilet paper fun’s not over yet!  Now that we’ve unrolled 795 rolls, we’re left with 795 cardboard tubes lying around.  Stack them, one on top of another, and they’d reach a height of 298 feet – only 7 feet shorter than the Statue of Liberty from the ground to the tip of her torch! 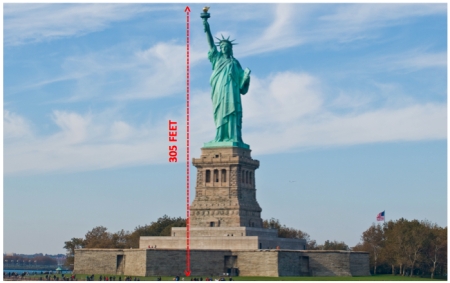 …MY FRIEND TOM.  A couple weeks ago, my friend Heidi noticed a rare weight-loss-related eclipse.  Her husband Tom reached a weight of 164 pounds (he’s lost more than 55 pounds since January) – which was exactly the amount of weight that I had lost.  It was a short-lived eclipse (the next day I had a weigh-in, and I had lost two more pounds), but his weight and my weight loss are still eerily close, and I can’t imagine carrying Tom around on my back all freakin’ day long.  It might be fun for him, though.

…GASOLINE.  A gallon of gas weighs 6.16 pounds, so I’ve lost slightly more than 27 gallons.  My car gets about 23 miles to a gallon of gas, so 27 gallons would get me from my home in Los Angeles almost all the way (within a few miles) to the Arizona/New Mexico border!

…CROCKPOTS.  I love my crockpot, and it’s a heavy bugger.  But it’s not as heavy as this top-of-the-line All-Clad Deluxe Slow Cooker, which sells at Williams-Sonoma for $280 (!) and weighs 18 pounds!  So I’ve lost NINE of them.

…SUITS OF ARMOR.  A full suit of armor that knights wore in medieval times could weigh anywhere from 40-90 pounds.  The replicas pictured above weigh in at 55 pounds each, so I’ve lost all THREE of them.  One of those replicas, by the way, can be yours for only $2,998.00 – get out your credit card and act now!

If you have ideas for other items I could compare my weight loss to, leave them in the comments section!  No need to do the research or math – leave that up to me – I’m good at it!

My Weight Loss in Butterfingers, Cinder Blocks, and MORE!

Last November, I piled up 147 pounds of dog food to represent how much weight I’d lost at that point.  It’s a kick-ass picture – take a look here.

In March, I compared my weight loss to a variety of random items, including quarters, Oreos, and lawn mowers.  Wanna know how many quarters I’ve lost?  Check it out here.

Then, in April, I compared my weight loss to another collection of random items, including bowling balls, KFC, and one of the candidates on Celebrity Apprentice – which you can see here.

These weight loss comparison posts have become a favorite post to research and write.  I hope you enjoy them as much as I do, because I’ve put together another list of fun, visual, and mind-blowing weight loss comparisons!  Whenever I’m feeling frustrated about this plateau I’m on, I come back and read through these posts – finding new ways to think about what I’ve accomplished so far (164 pounds lost) is incredibly motivating!

NO MORE DILLY-DALLYING!  I’M PROUD TO PRESENT TO YOU MY WEIGHT LOSS IN… 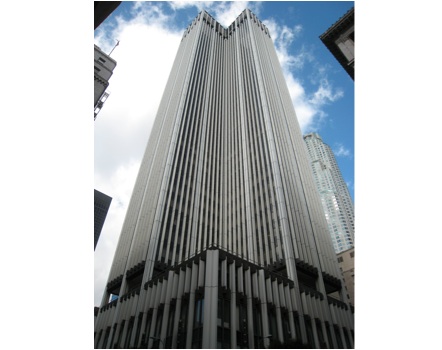 …RIBEYES.  Thanks to my friend (and loyal reader) Penny for sending this in!  Penny recently purchased five 1-pound ribeye steaks, and took the above photo of the steak stack on her counter.  As she put the steaks away, she thought of me and this blog, and calculated that I’ve lost 32 stacks of steaks!  And props to Penny – she’s lost 5 stacks of steak in the past year, while running her cupcake bakery in Washington D.C.!  Keep it up, Penny!  If you have a great weight-loss comparison for me, send it in! 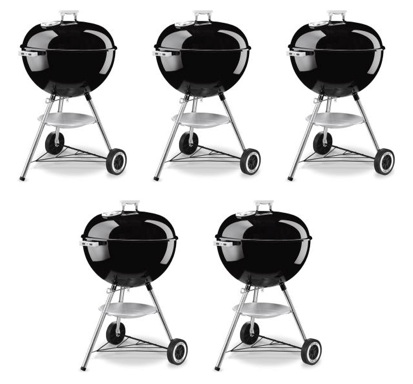 …GRILLS.  You’ll need something to cook all those ribeyes on, so how about this Weber One-Touch Silver Charcoal Kettle Grill (model #741001)?   It weighs 32 pounds, which means I’ve lost FIVE of them.

…SILICONE BREAST IMPLANTS.  I don’t spend much time at all thinking about breasts, but I thought this could be fun to figure out, especially since there are six strip clubs within walking distance of my home.  So, inspired by all the ladies who take their clothes off for tips in my neighborhood, I fondled the internet and discovered that the most common size breast implant is 300cc.  A pair of 300cc implants weigh 1.4 pounds, which means I’ve lost 117 pairs of titties, or 234 individual tits.  That’s a lot of fake boobies!  And still no desire to go motorboating.

…OUTBOARD MOTORS.  Speaking of motorboating… This Nissan 2.5 Horsepower Four-Stroke Outboard Motor (Model #NSF2.5B1) has all sorts of features that mean absolutely nothing to me, like zinc-coated water passages and thermostatically controlled cooling.  It also weighs 41 pounds, and that means a lot to me, because that means I’ve lost exactly FOUR of these motors!

If you have ideas for other items I could compare my weight loss to, leave them in the comments section!  No need to do the research or math – leave that up to me – I’m good at it!