An Academy-Award-Winning (and Grueling) Workout

On November 18, 1932, the biggest stars in Hollywood gathered at the now-demolished Ambassador Hotel in Los Angeles. The occasion? The 5th Annual Academy Awards. The evening is noteworthy for a couple reasons: Walt Disney received his first 2 Oscar statues (he eventually would receive 24 more), and the Academy introduced categories to honor short films for the first time. The very first winner in the Best Live Action Short Film, Comedy category was the Laurel and Hardy classic “The Music Box,” in which Laurel and Hardy are tasked with delivering a piano to the top of a giant staircase. As you can imagine, hijinks ensue. The entire film is on YouTube – watch it here.

What does any of this have to do with me? I’ll tell you. The other day, I trained on the very same staircase that was used in “The Music Box,” 81 years after that film was released. Here’s what the stairs looked like in the film: 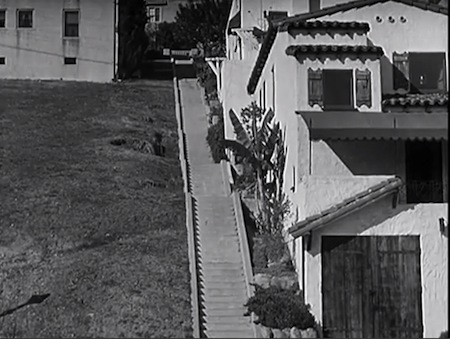