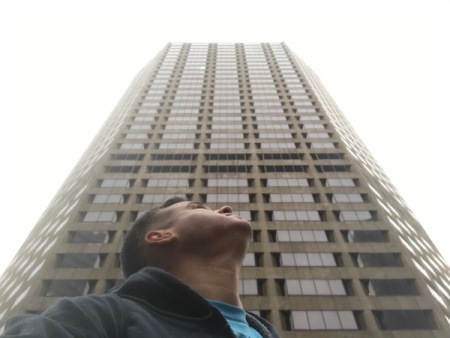 OneAmerica Tower is 38 stories, but the race is 36, with a total of 780 steps. When you register, you can sign up for a Single Climb, or the Triple Step, which is three climbs. I signed up for both. If I’m driving five hours each way to compete, I want to compete as much as I can! Add up the two events, and that’s four climbs up the stairwell. 144 floors. 3,120 steps. But, due to a ridiculously stupid and completely avoidable mistake on my part, I ended up climbing even more than that! END_OF_DOCUMENT_TOKEN_TO_BE_REPLACED

On Sunday, I had the honor and privilege of clipping that photograph of Thomas “Golden Boy” Schoales to my collar and carrying him with me while I competed in the Tunnel to Towers Cleveland Tower Climb. END_OF_DOCUMENT_TOKEN_TO_BE_REPLACED

I’ve done eight stadium races in the past five years, at three different southern California stadiums (Angel Stadium, the LA Memorial Coliseum, and the Rose Bowl). My ninth stadium race was this past weekend at Notre Dame Stadium in South Bend, Indiana, and it was longer and harder than any of the others. 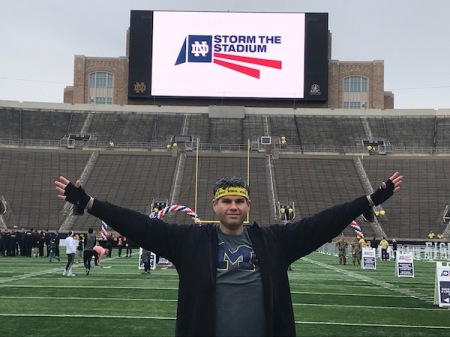 The race is called Storm the Stadium, and it was put on by END_OF_DOCUMENT_TOKEN_TO_BE_REPLACED

Although it’s a completely different country, Toronto is only about a 4.5-hour drive from where I’m living in END_OF_DOCUMENT_TOKEN_TO_BE_REPLACED

I Competed in the Longest, Hardest, and Most Exhausting Event of My Life: A SIX-HOUR Stair Race! (OutClimb Cancer Challenge Race Recap)

When my alarm went off at 4:45am Saturday morning, the first thing I did was take a few deep breaths. This was going to be a day like none other I’ve experienced. I was going to push myself harder than ever before, in a challenge that would redefine what I’m capable of, what I could endure, and what I can rise above.

And it was all going to happen in this building, glowing in the pre-dawn darkness, just across the plaza from my Salt Lake City hotel room.

While short compared to towers in other cities, the END_OF_DOCUMENT_TOKEN_TO_BE_REPLACED 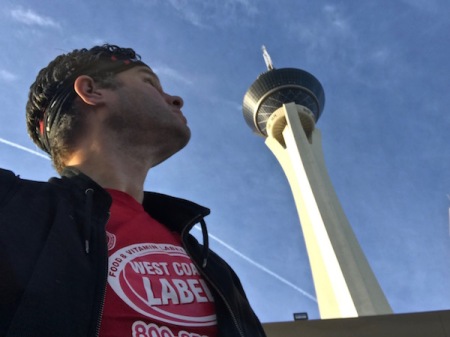 I’m back from my Las Vegas trip, where I competed, for the fourth time, in the American Lung Association’s Scale the Strat – a race up 1,391 steps in the tallest freestanding observation tower in the USA.

I didn’t like this race after I did it for the first time in 2014, mostly because END_OF_DOCUMENT_TOKEN_TO_BE_REPLACED

To Chase and Be Chased (2018 Hike the Halo Race Recap)

My final race of 2018 is now in the books! And at a very familiar venue:

ANGEL STADIUM! The race was Hike the Halo, an annual event benefiting the Cystic Fibrosis Foundation, and it’s the only event I do that’s END_OF_DOCUMENT_TOKEN_TO_BE_REPLACED