I Worked At “The Ellen DeGeneres Show” For Seven Years. This Is My Truth.

The past few days have been surreal. “The Ellen DeGeneres Show” has been all over the news, thanks to reports of a hostile workplace environment and sexual misconduct. It’s upsetting to see the names of people I’ve known for almost two decades attached to such despicable behavior. I’m getting bombarded with texts and messages from friends, asking what’s true and what’s not. “Was it really as bad as they say?” 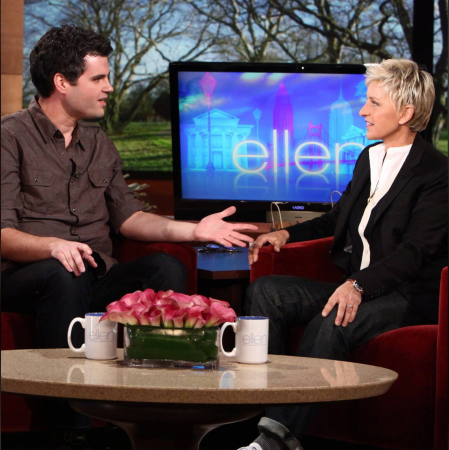 I worked at “The Ellen DeGeneres Show” for seven years, and all this attention has led to an incredible amount of reflection on my part. It’s hard to isolate any individual feelings about the show and my experiences there. Everything is interconnected. I’m writing this to process those feelings, and so I have somewhere to point people when I’m inevitably asked, thousands of times in the future, to weigh in on the latest Ellen-related headline.

I was hired at “The Ellen DeGeneres Show” in the summer of 2003, a couple months before the show premiered. I had moved out to Los Angeles one year earlier, to pursue a career in television, and this was my first show. I was 24 years old, and elated when I got the job. I had been a huge fan of Ellen, had seen her perform live twice, and as a gay man, I admired her for all she had done for the LGBT community.

Working at the show was extremely exciting. At first, our biggest concern was staying on the air. It’s strange to think about now, with the show having such an iconic status, but at the beginning, no one expected “The Ellen DeGeneres Show” to succeed. Ellen herself was a huge gamble – she had barely worked in the years after her sitcom ended, and was still a controversial figure. Warner Bros. had a hard time selling it to the local stations. If the show got cancelled, we’d all be out of a job. Not much else mattered.

There’s an tremendous amount of work that goes into producing an hour-long daily television show. I started at the show as the Research Assistant, and I typically worked 55-60 hours a week, and often more. It was very fast-paced, stressful, and there were constant deadlines. Things changed on a dime, and you had to keep up. There were high expectations, that only got higher as the show become more and more successful. I worked extremely hard to meet and exceed those expectations, and I did.

The work was very rewarding. I’m a creative person that thrives in a creative environment, and I got to pitch ideas all the time, and there was no better feeling that seeing one of those ideas make it to air. The turnaround was so quick – we would prepare a show, tape it, and it would air nationwide the very next day. I remember working a 10 or 12 hour day and then calling my parents on the way home: “Be sure to watch tomorrow, because <insert show element> was my idea!”

There were also challenges working there. Just to be clear: I was never the recipient of unwanted sexual advances or misconduct, nor was I ever subject to racial comments. I don’t know if those stories in the press from other staffers are true or not. I can only speak about my own experiences.

First, regarding the star of the show: Ellen was never mean to me. I was never told I couldn’t look her in the eye or talk to her in the hall, and I did both of those things. We were friendly, but she was my boss, and a very busy woman. My interactions with her were very limited, and my meetings with her were usually brief and to the point.

The reports talking about a culture of fear in those offices are true. I saw a lot of turnover during my time at the show, and a lot of it was sudden and unexpected. I’d see colleagues at their desk one morning, and a few hours later, they’d be gone, their office cleaned out, no reason given, and they were never mentioned again. They weren’t hesitant to fire people, and I never wanted to be next.

I worked hard at that show, and I grew there. I earned multiple promotions, and went from being an assistant in my first year, to running a small department, to producing segments during my final year there. I learned skills that I’ve used throughout all facets of my life, in and outside of television.

But it wasn’t easy. I had a demanding job, and often felt under-appreciated and overworked. There were times when I was doing the work of two people. It was common for others to take credit for my work, and that was frustrating. Sometimes the anxiety kept me up at night. The people around me were stressed, too, and I remember hoping that certain colleagues were in a good mood when I needed to talk to them, because they could be difficult and snappy when they weren’t.

What was hardest was that, if things got tough, there wasn’t anywhere to turn. There was no HR presence at the show. There was likely a Warner Bros. phone number and email address that one could reach out to, but I didn’t believe there was anyone at the receiving end that would actually advocate for the employee. My assumption was that any complaints would get shared with the EPs, and those making the complaints would get fired.

While I was never subjected to sexual harassment or racial comments, I did keep quiet about other things, out of fear. I didn’t fight back when I was told to lie on my time card to prevent them from having to pay me overtime. I was never yelled at, but I heard stories all the time about others being yelled at. I tried to fly under the radar as much as I could, not make waves, not ruffle any feathers. I let my work speak for me, and my work was consistently excellent.

All of this doesn’t mean that I spent all day, every day cowering in fear. Quite the contrary. On a whole, that workplace was a very fun and lively atmosphere. There were lots of extremely smart, funny, quick, clever people, and there was a lot of laughter, a lot of joy, and I took a lot of satisfaction in the work I was doing. Our show was clicking with television viewers, and that really was a magical experience, and I was a part of it. It was worth soldiering through some tough workplace circumstances.

At the time, none of the bad stuff seemed out of the ordinary, either. I’d heard similar or worse stories about working at many other daytime talk shows – some that have since ended, and some still on the air. I did not think a culture of fear was limited to our show, and I hope all this media attention encourages the powers-that-be across Hollywood to take a good, hard look at their organizations.

I left “The Ellen DeGeneres Show” in 2010, after the conclusion of the seventh season and roughly 1,200 shows, for a variety of reasons. Quitting that show was extremely difficult, but I left on my own terms, preserving the relationships that were most important to me. And my association with the show continued beyond my years working there.

Six months later, they invited me back, to be a guest on the show, to discuss my weight loss with Ellen. It was a thrilling experience, and when I returned to that soundstage, I felt reunited with old friends. A couple months after that, I was hired to work on a separate project – as a producer on the pilot of a different talk show that was being produced by the same team of EPs, and I happily returned for that three-month gig.

Ultimately, I think back on my time at the show in a positive light. I owe a lot to that show and my time there. I have an incredible collection of friends that I made while on that show, that I’m still friends with all these years later.

Most importantly, I have my health. It was because of a producing assignment on “The Ellen DeGeneres Show” that I was able to meet and work with Richard Simmons, and it was because of meeting Richard that I ultimately lost 160 pounds and took control of my health for the first time in my life. I created this blog to chronicle that weight loss and maintenance journey, and I’ve blogged for almost ten years, and you could even trace this very website back to that show.

I don’t regret working at “The Ellen DeGeneres Show,” not for a second. That’s the truth. Nor do I regret leaving when I did. When I think back, I don’t focus on the long days, the stress, the frustration, the exhaustion – despite all of that being very present. I get no benefit out of dwelling on the negative, and if anything, all those challenges made me stronger and wiser. Instead, I think about the friends I made, the opportunities that I had, and that I was there at the beginning, making significant contributions to one of the most beloved shows in daytime television history.

What this press coverage has me thinking about, again and again, is if there were times that I could have helped my friends and coworkers somehow. It upsets me to think that others around me were having a tough time, and maybe I could done more – listened more, spoken up, been a better friend when others really needed it. I hope I didn’t fail anyone because I didn’t recognize a cry for help, or was dismissive of a serious problem.

I don’t know what I hope to get out of sharing all this. Writing it has been wonderfully therapeutic, so that’s something. And I’m also not sharing this to defend, excuse, or justify any behavior. I have no idea how truthful the recent allegations are, but I do believe that those in positions of power at that show need to be held accountable. I know there are other staffers whose experiences at the show differ from mine, and it is important that they be heard, and actions be taken, so that no one else is put on that position again.

This entry was posted on Sunday, August 2nd, 2020 at 8:16 pm and is filed under Uncategorized. You can follow any responses to this entry through the RSS 2.0 feed. You can leave a response, or trackback from your own site.