This Fruit is So Ugly!

This looks like some sort of citrus fruit, which it is. But it’s also… UGLY! 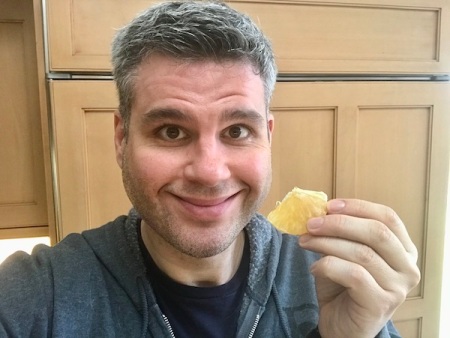 I’m not being rude. I’m being literal. I’m eating an ugly fruit. That’s what the sign said at the supermarket! I would’ve taken a picture of the sign but I had left my phone in the car. Since I love trying fruits and vegetables I’ve never heard of before, I jumped at the chance and put an ugly fruit in my cart.

It sure is ugly! 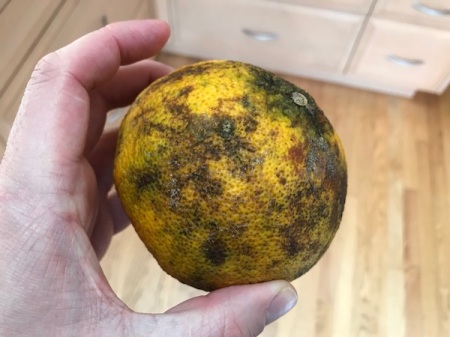 It was less blotchy when I purchased it. But then it sat in my fridge for a few weeks, because I forgot about it, and it ended up in the back, behind other things. But I knew it was citrus, because I could tell by the rind, and plus, it was sold in the store next to the oranges and lemons. And since citrus keeps really well in the fridge, I figured this probably hadn’t turned bad, and I could still eat it, so I did.

Usually, I do lots of research on new-to-me produce items, but this time I bucked that trend, and ate it first, without fully knowing what it is.

The first thing I noticed was the sticker that I hadn’t seen yet, which called it a Uniq fruit. 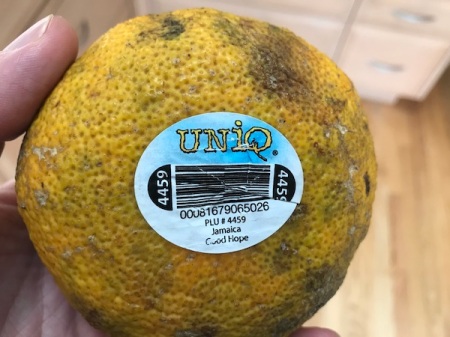 I later learned that Ugli (spelled with an ‘I,’ not a ‘y’) is a brand name, as is Uniq. The fruit itself is a Jamaican Tangelo, which is a hybrid between an orange and a grapefruit. It’s farmed nowadays, but the Jamaican Tangelo was discovered growing on the island, as a naturally occurring hybrid.

It looked like a citrus fruit when I cut it in half, although a little duller in color than a grapefruit or orange. 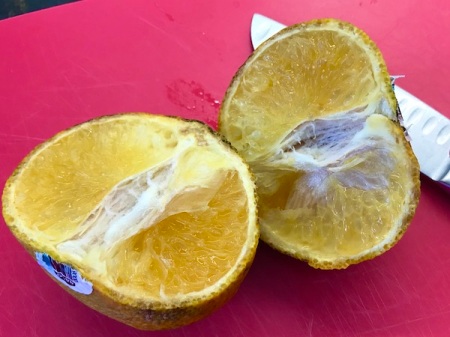 I ended up peeling the whole thing, which was pretty easy. The rind came off easily. And then I separated it into segments. 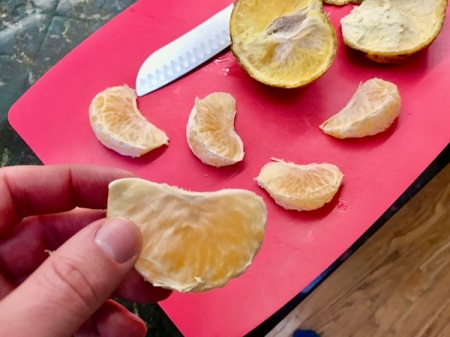 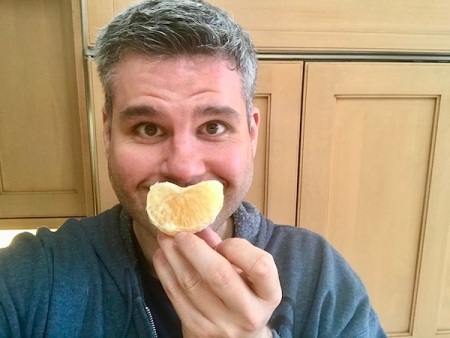 It wasn’t bad. Not at all. It’s just that… well… it wasn’t terribly exciting, either. It tasted like a boring orange. Like someone diluted a glass of orange juice and then crammed that watered-down juice back into a fruit. On the plus side, it was very juicy and the texture was appealing. It has that wonderful snap, just like an orange has, where the juice gushes out when you bite into a segment.

So would I buy one again? I was going to say ‘no’… but now I might have to, just so I can make this Uniq and Cucumber Salad recipe!

Check out more of my rare fruits and vegetables posts here.

This entry was posted on Wednesday, April 1st, 2020 at 6:22 pm and is filed under Uncategorized. You can follow any responses to this entry through the RSS 2.0 feed. You can leave a response, or trackback from your own site.