I’ve known that Ferndell was there. I even knew where it was. The trailhead is off a major street, Los Feliz Boulevard, that I’ve driven countless times. And yet I’ve never checked it out until the other day. And I’ve been missing out!

Ferndell’s history dates back 100 years to the 1910s, when the greenery was planted. The stream’s significance dates back even farther – it was vitally important for hundreds of years to the native Americans living in the region. In the ’30s, the ravine was sculpted in a beautiful park, full of bridges, a paved trail, and little waterfalls and basins. 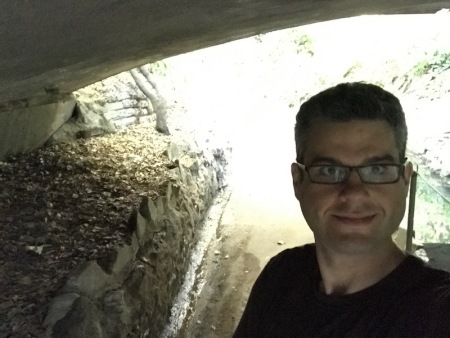 If I were a troll, I’d want to live under THIS bridge.

I was in the neighborhood recently, around 5pm, and I decided to go for a hike and get my workout done, instead of sitting in rush hour traffic trying to get home.

My hike included all of Ferndell, which I absolutely adored. It was very popular, full of runners, hikers, people walking their dogs. Although you wouldn’t tell it from my pictures, because I purposely took them when no one was around.

Here’s a fun fact: the area is actually called the Ferndell Nature Museum, but there’s no museum building… the actual plants and animal habitats ARE the museum. Confusing, but kinda cool.

My workout began at the nearby St. Andrews Stairway – a public stairway built in the 1920s to provide residents in the Hollywood Hills with an more direct route down to Franklin Boulevard. It’s 153 steps, and it’s actually the first public stairway I ever trained at, over four years ago, because of its proximity to where I was working at the time.

I’m still enjoying a little hiatus from intense stair training, so I didn’t do anything too tough at St. Andrews. I climbed it four times, but didn’t time myself or do any sprints or anything like that. 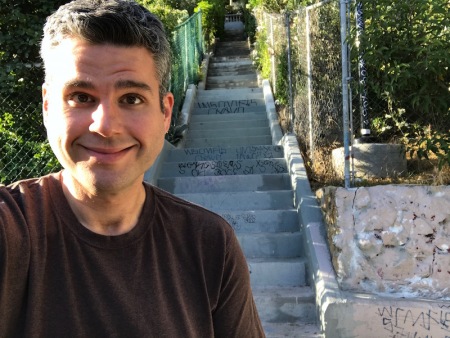 I had never explored the neighborhood at the top before, so I headed further up the hill, checking out the fancy, big houses, and wondering which ones have famous residents. (Probably a lot!) The only house I passed on my walk that I knew for sure has a celebrity pedigree is this one, on Gramercy, that Jeff Lewis used to own. It was featured a LOT on his hit Bravo reality show, “Flipping Out.” 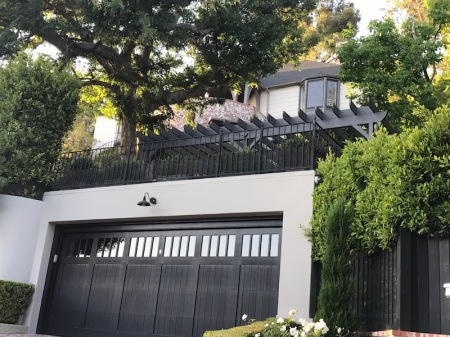 After exploring the neighborhood, I headed down into Griffith Park, and to the Ferndell path. Near the end of the path I posed for a selfie with a bust of Leif Erikson.

It seems weird that Los Angeles would have a bust of a Viking that’s known for exploring areas thousands of miles away, but I looked it up, and the statue was a gift to the city from the Nordic Civic League in 1936.

Between the stair climbs at St. Andrews, and the hike around the neighborhood and Ferndell, my workout lasted 64 minutes, and I covered 2.4 miles. Best of all, I got to explore a little part of my city that I hadn’t explored before, and I’ll never get tired of that.

This entry was posted on Wednesday, May 24th, 2017 at 12:01 am and is filed under Uncategorized. You can follow any responses to this entry through the RSS 2.0 feed. You can leave a response, or trackback from your own site.