It’s my anniversary! Four years ago this week, I accepted Richard Simmons’ offer to help me lose weight. He asked me to come to my second exercise class at Slimmons and meet with him afterwards, at his house in the Hollywood Hills. And I did. There, we talked about my weight (I was 402 pounds) and the health problems I might face if I didn’t take action. Richard asked me to start logging everything I ate and drank, and I began emailing him those lists. And that’s how it all began. Here’s Richard and me from 2010: 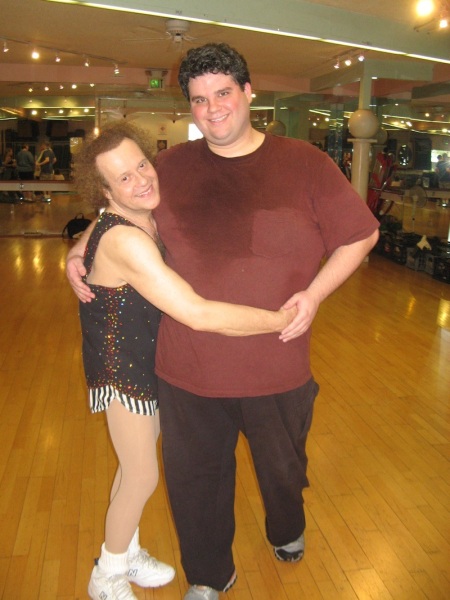 And here’s me and Richard from last night – 4 years later!

Richard lent me his tutu for the picture, but then afterwards, he gave it to me as a gift! How did he know neon green was my color?!

Four years! That’s a long time! That’s how long it took me to get through high school. The length of the President’s term of office. The time between two summer (or winter) Olympic games. The number of years between “Jurassic Park” and its film sequel, “The Lost World: Jurassic Park.”

RELATED CONTENT: Watch My “Home & Family” Interview For More On How Richard Simmons Helped Me

I know I’ve done something special and amazing with this weight loss, but I recently stumbled across a statistic about weight loss maintenance that was pretty eye-opening. According to the Dr. Oz website, only 15-20% of people who lose weight keep it off for more than two years. I’ve never been part of that minority before. I can think of three times in my life where I’ve lost substantial amounts of weight (at least 40 pounds), plus more attempts where I wasn’t even that successful, but I always regained.

Now, for the first time, I’m in the minority, and I have been for a couple years. Damn, that feels good!

The tutu wasn’t the only gift I got at Slimmons last night. My friend Joanne brought a laundry basket full of navel oranges she harvested from the tree in her backyard. I took home about a dozen. Nothing like super fresh, super local produce! 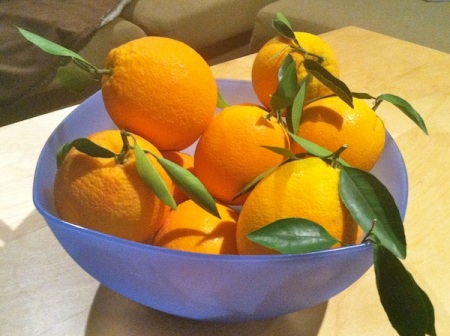 Now, on to my fifth year of taking care of myself and eating right and staying active. It hasn’t always been easy, but the good stuff in life doesn’t always come easy (or however that saying goes).

In honor of my anniversary and because my last post was particularly difficult to write, this might be my last post for this week. Wishing all of you health and happiness and don’t forget to exercise!

This entry was posted on Wednesday, January 22nd, 2014 at 12:01 am and is filed under Uncategorized. You can follow any responses to this entry through the RSS 2.0 feed. You can leave a response, or trackback from your own site.

14 Responses to My Anniversary Tutu!